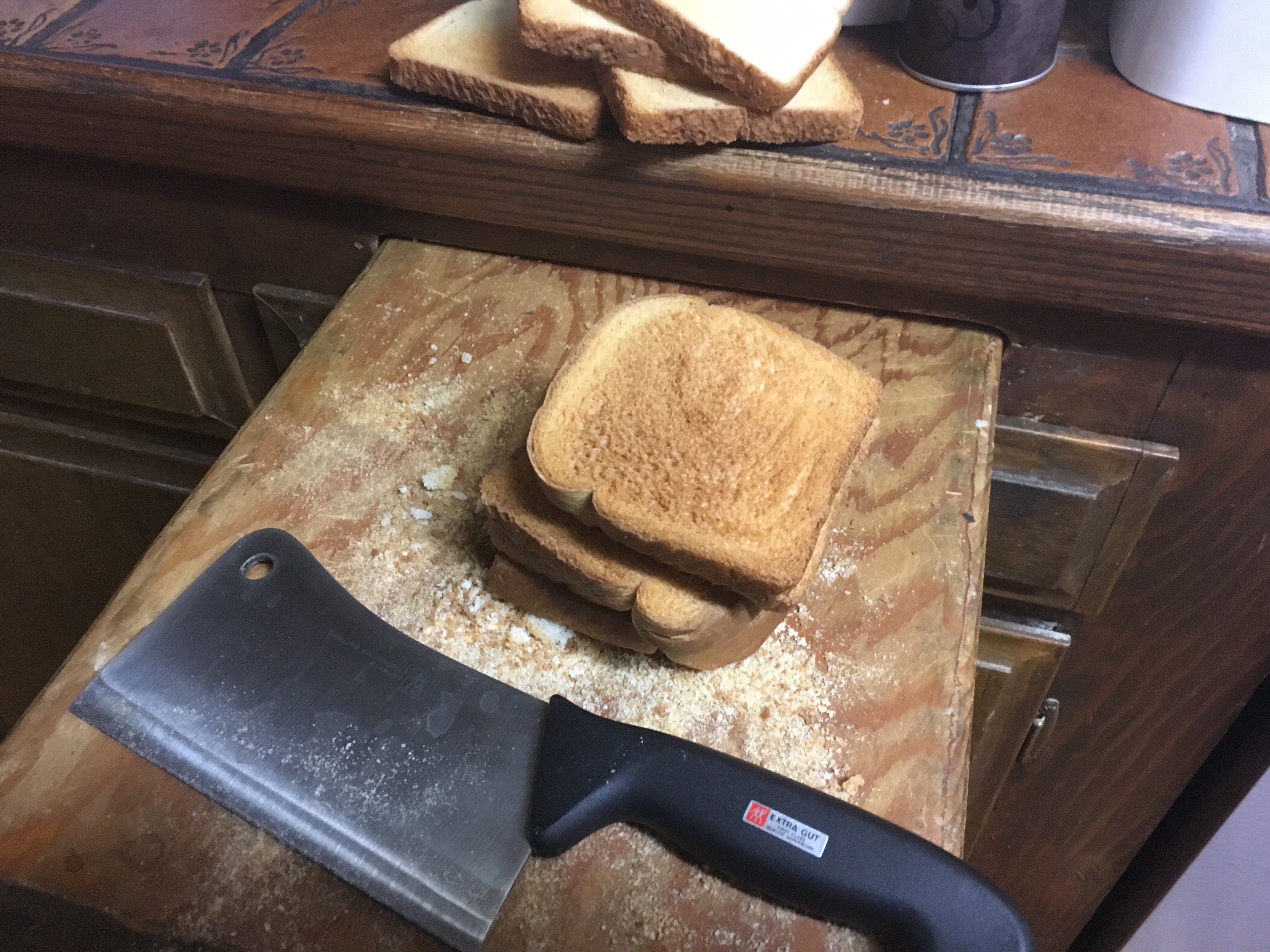 The mother-in-law ordered a heat and eat turkey dinner from the grocery store last year, and I can tell you it was an inestimable improvement from the Mimi’s “Where everything tastes like gravy except the gravy” tradition. So she ordered again this year, from Ralph’s, which is clearly not the same deal.

They basically gave her a collection of bagged ingredients, so she could have just had us go shopping because I find myself pretty much cooking Thanksgiving dinner from scratch using recipes and ingredients I could have easily bested, had I known. Plus, I could have brought over some olive oil and a couple knives instead of using this fine Henckles cleaver which appears to have last been sharpened, hastily, just before the Cuban missile crisis.

Yeah, I had to toast and cube a loaf of bread they included.

So I am thankful that I can cook, that I have family to cook for, and again I can not overstate how much I prefer this situation from Mimi’s.

Also, the cloying 2012 Moscato I found in the cupboard.