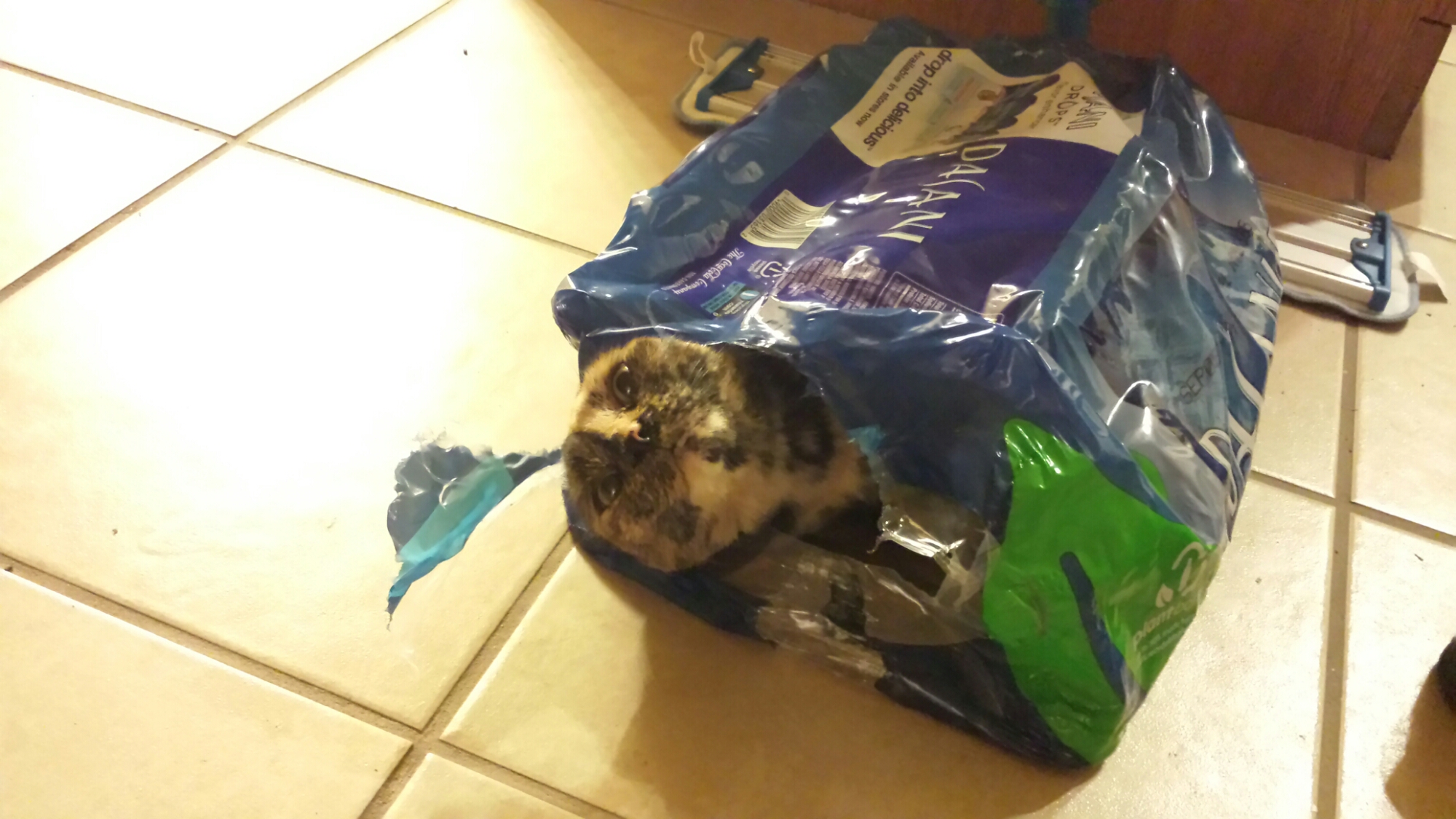 She came around the other day and was terribly charming, so I brought her out the classic saucer of milk. Technically a finger bowl of cream. Just because she’s a cat doesn’t mean she shouldn’t be offered the same quality I’d offer any guest. Then she was off and I thought that was that. But the cat came back.

She followed me into the house. So I poured her some of my Dasani. As she was still rather chatty, I fixed her a little leftover chicken but she wasn’t too interested in that. Following me around like a DOG almost, no offense intended. Back outside, back inside, laid down on the bed next to me and took a nap. Then I had to go shopping, so I let her out.

She wasn’t around when I got back, but I figured I like tuna too, those two cans won’t go to waste. But the next day, here she is! Oh boy, did she like that tuna. Chowed down half a can in like 5 minutes and wanted more. I let her digest for a bit and gave her the rest of the can which she, with class, did not finish entirely. Took another nap with me. Later I was out in the trailer and heard her calling at the door. I think she was confused with that space. Didn’t seem to mind me playing the piano, but kept giving me weird looks like she couldn’t fathom why I would want to be in there. We went back into the house where she let me win a staring contest.

She’s so incredibly tame and clean and young (like I like my wimmen), I just can’t believe she’s a stray. But she comes back more frequently every time I let her out and stays longer every time I let her in. It’s kind of uncanny. Lounging on my keyboard case was charming enough, but how absurdly cute is the Dasani house? I don’t think any of our cats ever really fully appreciated what a great cat hang I always thought those looked like, they’d get in there with the attitude that they were just doing it since I’d gone to the trouble.

It’s like she knows what would appeal specifically to me in a cat. Chatty but not whiny, wants to be close but not in your face. I really admire her markings, too. Kinda brindle tabby with a fuzzy Harvey Dent thing going on with her face. I know it’s hardly unheard of, but nothing like this has ever happened to me before.

I’m starting to think she intends to keep me. 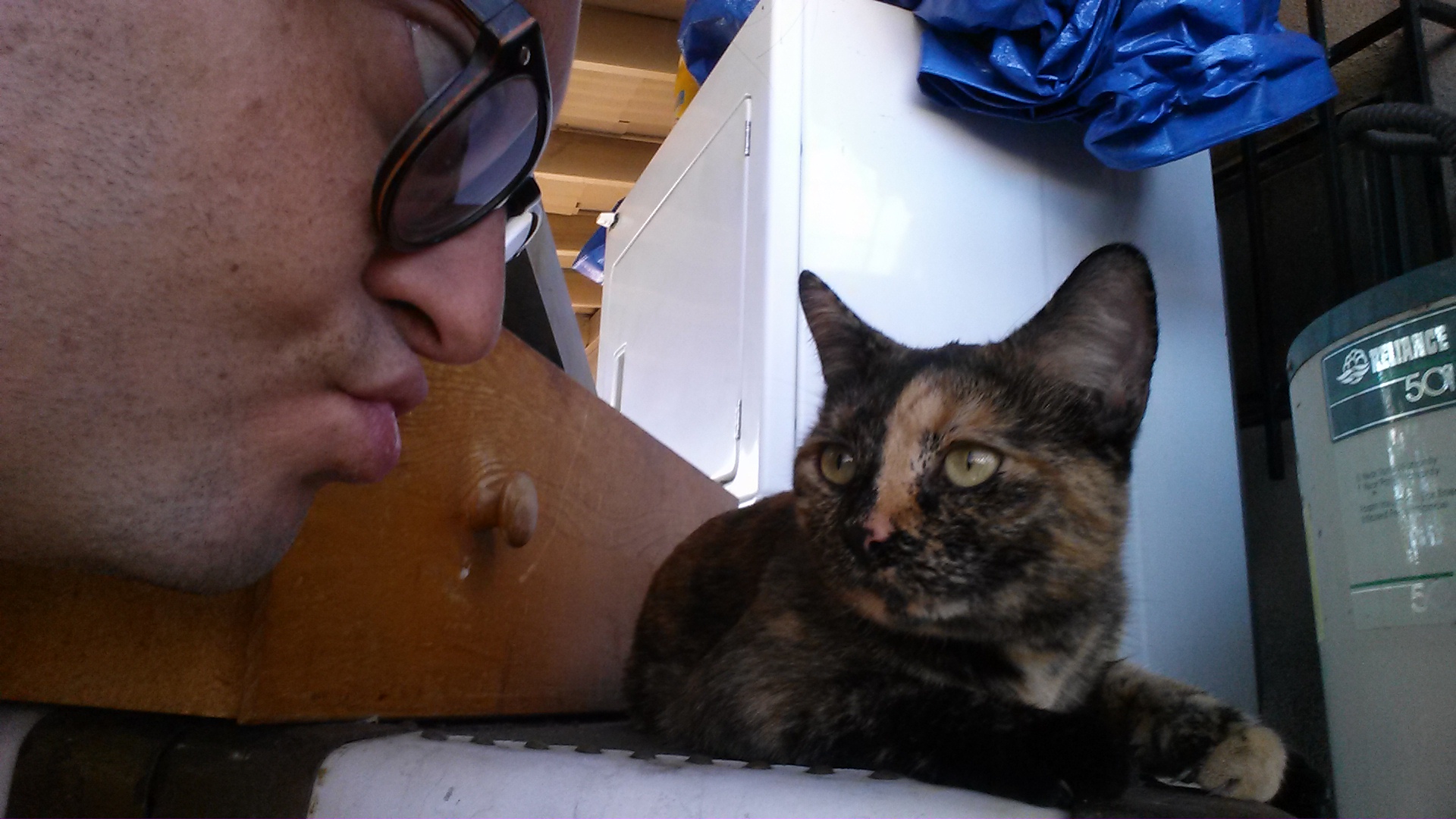