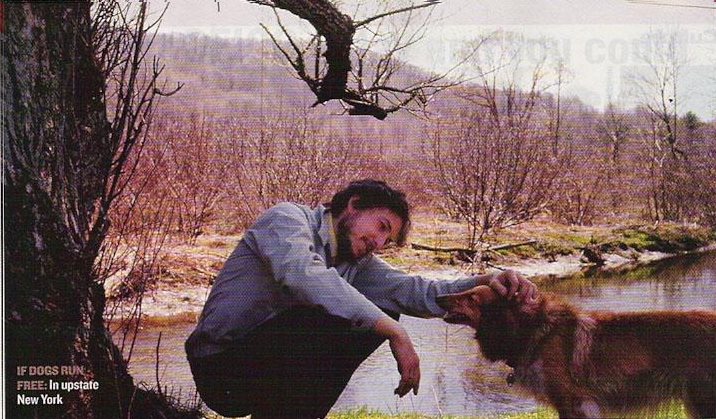 There’s been rumors of war and wars that have been
The meaning of life has been lost in the wind
And some people thinkin’ that the end is close by
’Stead of learnin’ to live they are learnin’ to die
Let me die in my footsteps
Before I go down under the ground
…
Go out in your country where the land meets the sun
See the craters and the canyons where the waterfalls run
Nevada, New Mexico, Arizona, Idaho
Let every state in this union seep down deep in your souls
And you’ll die in your footsteps
Before you go down under the ground

“Like a Rolling Stone” gave me the faith that a true, unaltered, uncompromised vision could be broadcast to millions, changing minds, enlivening spirits, bringing red blood to the anemic American pop landscape and delivering a warning, a challenge that could become an essential part of the American conversation. This was music that could both stir the heart of your fellow countrymen and awaken the mind of a shy, lost 15-year-old in a small New Jersey town. … Bob Dylan is the father of my country. Highway 61 Revisited and Bringing It All Back Home were not only great records, but they were the first time I can remember being exposed to a truthful vision of the place I lived. The darkness and light were all there, the veil of illusion and deception ripped aside. – Bruce Springsteen, Born to Run