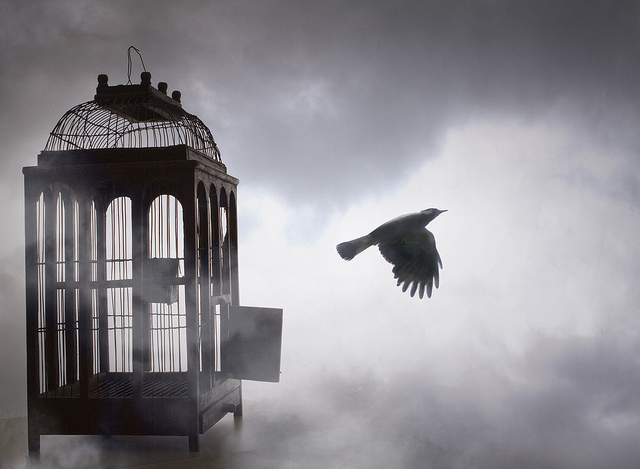 And I know how I feel. Grateful. Enraged. Mortified. A bit nauseous.

I am free to speak for the first time in two years. My attorney and my probation officer advised against it before. My motion for early termination of probation was granted. I’m still a felon for another year, as per the plea agreement, but I’m free.

Just in time to see the entire country flush their freedom down the toilet, and celebrate it.

It’s easy to fall asleep when your eyes are closed. I’ve screamed for fifteen years on this blog trying to make you hear your airwaves being sold to the highest bidder, to look at the newspapers going Citizen Kane, the networks trading journalism and culture for profit.

I haven’t lost my mind. Yet. This isn’t rhetoric or a conspiracy theory: THE GOVERNMENT IS OWNED. THE MESSAGE IS CONTROLLED. They aren’t even doing a good job of hiding it. The facts are in plain sight. News Corp, Time Warner, and Comcast write the headlines. Do you trust the AP, CNN, any of the networks?

Those three companies own them all. All three of them are top ten contributors to the Clinton campaign. This is public record. Everything after that is a distraction. Do you honestly believe a woman who is on video over and over, for years, insisting that marriage should only be allowed between a man and a woman, finally claiming she’d supported gay marriage all along, is a person who values the truth?

The numbers they tell you about the primary votes: Lies. Superdelegates: Lies. A single reporter on a single wire, the AP, claims to call every superdelegate, publishes that Hillary has the nomination, and the lie is published as fact everywhere you trust a day before millions vote. Follow the money. Think.

You have three choices:

You can stay asleep.

You can lull others to sleep, people who trust you.

Or you can WAKE UP.

Decent German people didn’t change overnight in the 1930s. It started like every modern fascist state started. Control of the message. They knew, in their hearts, it was wrong. But they looked the other way. Until they looked away when a man in uniform shot a neighbor in the head, and something inside of them died.

Then they started to blame the dead for the dead thing in themselves. And they began to resent millions of total strangers for being born.

America has one thing to protect us from something like that ever happening here. It’s not the Constitution. It’s not any document or law. It’s not God’s loving grace. And it sure as hell isn’t the media. The frightening thing is, Germany had the same defense, and it failed them.

Are you absolutely sure you’re awake? Would you stake your freedom on it? How about your children? Are you TOTALLY CERTAIN you have all the facts?

And when you wake up, know that you are not alone. I’m with you. I need you. We have the company of millions and the Fifth Estate is still ours. THIS IS YOUR COUNTRY. We’ve opened our eyes and our ears, now is not the time to keep our mouths shut.

2 thoughts on “Freedom is mine”

Leave a Reply to Kelly BeLow Cancel reply